Click here to edit the Social Media Links settings. This text will not be visible on the front end.

Miami Ranked No. 5 In The U.S. For Highest Multifamily Transaction Volume In First Half Of 2021 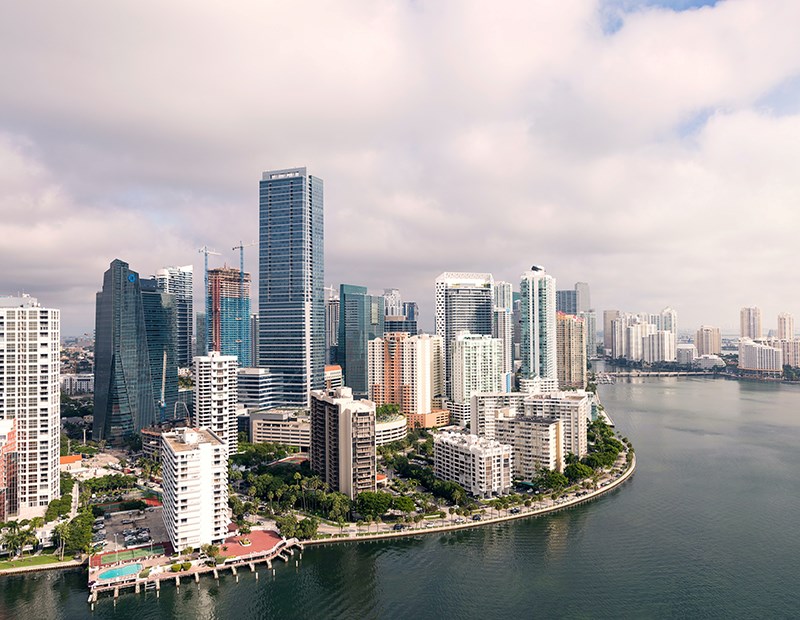 South Florida showed solid signs of recovery in 2021, steadily rebounding from the pandemic.

Contributing to the metro’s appeal is its low corporate income tax environment, and hedge fund Elliott Management is among the latest to announce the relocation of its headquarters to West Palm Beach from Midtown Manhattan.

During the first half of 2021, investors traded more than $2.6 billion in multifamily assets in metro Miami, which is almost three times the $877 million volume recorded during the same period in 2020 and already above the $2.5 billion total for last year.

By June 2021, Harbor International Group was one of the most active buyers in the metro, expanding its portfolio by eight new additions for a combined value of $215 million.

Related Articles
News How Miami Seduced Silicon Valley Awash in coders, crypto, and capital, the city is loving — and beginning to shape — its newest industry. Silicon Valley’s favorite politician, Miami mayor Francis Suarez, has many lures to dangle when he’s wooing techies to relocate to his city. There’s the old sugar: low taxes and the Florida sun. As I sat across from […]
News Financial Scene Grows In Brickell With Arrival Of Two New Firms Brickell continues to attract new office tenants — and one expert says it’s just the beginning. The Manhattan-based financial adviser firm Legend Advance Funding and the Madrid-based renewable energy investment company Matrix Renewables signed office leases in Brickell, according to Colliers Director Tyler de la Peña. Colliers oversees office leasing activity for Gatsby Enterprises, the landlord, at the 14-story […]
Real Estate Wall Street, Institutional Investors Purchase U.S. Homes at Record Levels in 2021 Investors bought up $49 billion worth of homes in Q2, surging property prices further upward. According to real estate broker Redfin, real estate investors purchased 67,943 U.S. homes in the second quarter of 2021, the highest quarterly figure on record. That’s up 15.1% from the prior quarter, and up 106.7% from the second quarter of […]